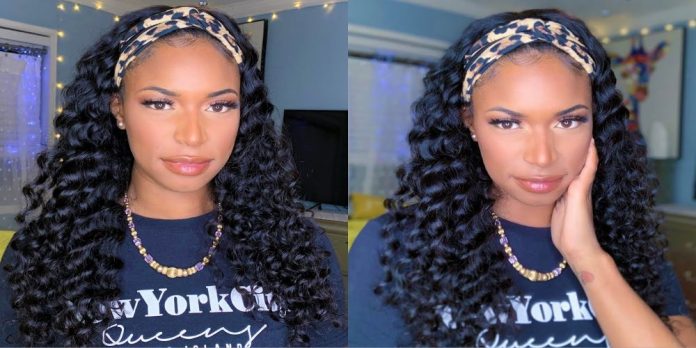 As far as hair care and maintenance goes, wigs save time and cost considerably. Headband wigs in particular seem to be even more convenient to wear and use. However, half wigs are not that “user friendly”.

These newbies have taken the wig market by force, almost quite literally. The need for them was kind of a necessity. The insufficient amount of full lace wigs gave rise to avoid in the wig market. This demand was met by the headband wig`s reinvention.

After the reintroduction of the headband wigs to the wig market, there have been many more styles. The headband wigs seem to be even more of a joy ride compared to other wigs. The fact that they are around held together means that they are easier to wear. Just put them on, and that is all.

Headband Wigs or Half Wigs- About Half Wigs

This is a wig just like any other. But unlike others, the half wigs are unique because they are sort of fillers. They might not cover the entire head, but they increase hair volume considerably. They are commonly used by celebrities because they blend beautifully.

They need a portion of actual hair to blend well. So allow space for the wearer`s hair, while filling in the extra space. The half hair wigs could be referred to as hair extensions or fillers. They also serve to increase the length of the hair at times.

So if one is looking to make their hair fuller, half wigs are the way to go. They blend naturally with the actual hair. This way from the crown to the very tip of the hair, everything looks full, shiny, and natural.

So what’s the next Step?

So, now that you know all about the headband wigs and half wigs, what’s the next step. Well, that really does depend what you are looking for.

Half wigs are generally less expensive. However, the headband wig is definitely fuller and a more complete look.

Headband wigs can also be used for a variety of functions including gym and fitness. It gives you a modern look that the half wig just cannot pull off.

So, consider all the factors before making your final decision.

So headband wigs and half wigs actually are wigs. But as is evident by this point, they all have their unique attributes and uses.

Head Outside for the Great Outdoors by Wearing Heated Leather Gloves

Positioning your solar heater in the right direction

A Guide For Removing And Replacing HP Pavilion Battery

How to Create a Gift Giving Guide

Why Lithium Batteries is Needed in Industries and Even at Home

Head Outside for the Great Outdoors by Wearing Heated Leather Gloves

What are Personal Life and Professional Life?

How Can I Be Successful In My Personal Life?

How Do I Discover My Self? Discovering Who You Really Are

ABOUT US
bvlifestyle is your Light ifno website. We provide you with the latest breaking news and videos straight from the entertainment industry.
Contact us: [email protected]
FOLLOW US
© Copyright 2021 - Bvlifestyle.com